47shares
The Sheikh Zayed Grand Mosque in Abu Dhabi is a splendor for the eyes and soul. Breathtaking architecture covers 30 acres of land, excluding the parking lot and exterior landscaping. With the world’s largest expanse of marble mosaic stretching across the vast courtyard and enough space for 41,000 worshippers at any moment, this mosque is certainly Grand.
Although many travelers visit the UAE (United Arab Emirates) to see Dubai, Abu Dhabi is the UAE’s capital city and home to the Grand Mosque. The Mosque was first launched by Sheikh Zayed who had the pure intention of merging Islamic culture with modern society’s love for enchanting architecture. As a result of Sheikh’s ambitions, it is estimated that the Grand Mosque has over 5 million visitors per year.

Read on for more about visiting the Grand Mosque in Abu Dhabi.

What Should You Wear to the Grand Mosque in Abu Dhabi?

The United Arab Emirates is an Islamic country. When entering a mosque, be respectful by dressing appropriately. Most importantly, plan ahead and wear conservative, loose-fitting clothing when visiting any spiritual place of worship. The Grand Mosque is no exception. However, at the Sheikh Zayed Grand Mosque in Abu Dhabi, Women will be asked to be covered from head to toe. Women are required to wear an Abaya (full-length robe) and a Shayla (head wrap) before entering the Mosque. If you do not own an Abaya, have no fear, the mosque provides them. I had never worn an Abaya before entering the Grand Mosque. Although I had mixed feelings about it initially, wearing the flowing material left me feeling surprisingly vulnerable and feminine. Men are not required to wear a or Shayla.
Basic guidelines for appropriate mosque attire:

When Can I Visit the Mosque?

The mosque is open to visitors from 9:00 AM to 10:00 PM every day except Friday mornings.

How Much Does it Cost to Enter?

Experiencing the Beauty of the Grand Mosque

The exterior of the Mosque is wrapped in still, blue pools, and trimmed landscaping. Not a blade of grass is out of place. The sheer size of the temple will leave you breathless, it’s more magnificent than you could ever imagine. As you pad barefoot on the cool tile through the mosque you begin to appreciate the details. Tiled tulips, roses, and lilies made of marble and mother-of-pearl have been interconnected like puzzle pieces. The floral vine mosaics crawl up the pillars and past your feet into the courtyard, which stretches on for 180,000 sq ft.
While the architectural magnificence of the Sheikh Zayed Grand Mosque will draw you in, the mystical feeling of peace will encourage you to linger. Above all, the Mosque is a place of prayer and worship. Hundreds of thousands of wishes float in the air like a puff of breath. As I stepped through the Mosque, I felt overwhelmingly calm and present. I may as well have been gliding. As a highly sensitive person, I felt connected to the Mosque. We attended the Mosque in the evening to hear the Call to Prayer. A beautiful voice sang over the loudspeakers, his song weaved through the pillars for all to hear.

In conclusion, the highlight of my trip to the Middle East was visiting the Grand Mosque in Abu Dhabi. Finally, I would recommend it to anyone who appreciates architectural brilliance. Or anyone who has a pulse. Everybody can appreciate the beauty of the Sheikh Zayed Grand Mosque.

Have you visited the Grand Mosque? Did you see energy orbs in your photographs too? 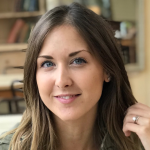